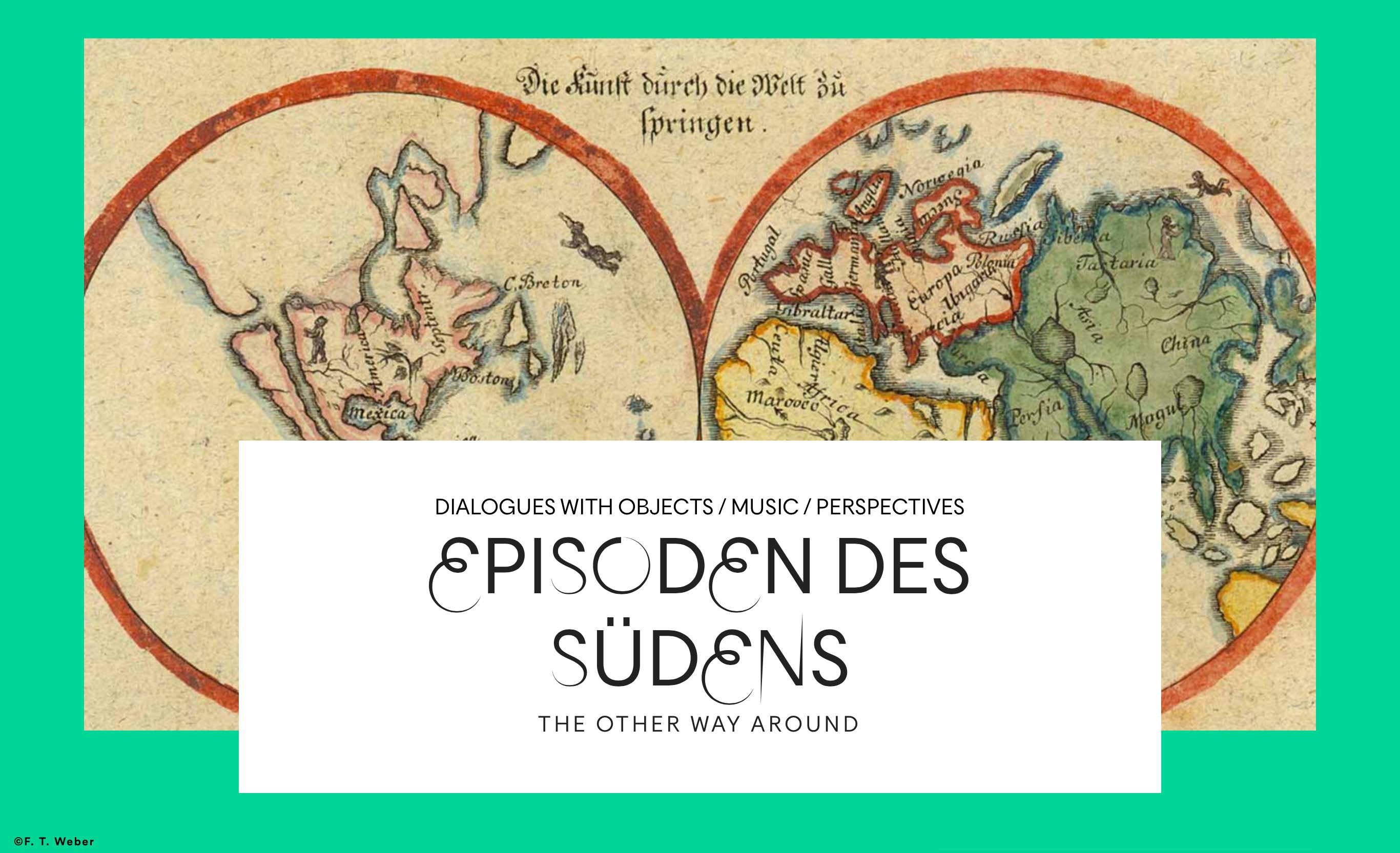 An arena for encountering the world

The “Global South” cannot be identified by a glance at the map; a South that defies to be determined by geographical or economical determining, a South that is multifaceted, holds different ways of thinking, points of view and, at the same time, is conventionally considered to all intents and purposes below the North. Based on a series devised by Goethe-Institut South America, “Episodes of the South” is an attempt by PACT to shift perspectives. Over the course of three evenings, visitors are invited to take a seat with alternating international artists, sociologists, art historians and social activists in an arena-like auditorium and speculate about unfamiliar objects from renowned museum collections, discover music traditions from Greenland, South Africa and the Arab region, or re-negotiate strands of global narratives. “Episodes of the South – the other way around” is a journey as the Indian anthropologist Arjun Appadurai suggests “to the south of theory” where another architecture of global culture can arise on the basis of which we can jointly tackle the pressing issues of our time.